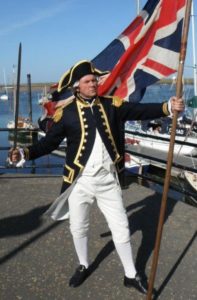 An indepth look at life aboard a Ship of the Line during the Wars against Napoleon, culminating in the Victory at the Battle of Trafalagar in 1805 where Lord Nelson was slain.

As is usual with Black Knight discovery days, lots of artefacts including :

Life aboard the Ship